1. Are you registered to vote at your current address?

You can register to vote, update your registration or address, and learn about what’s on your ballot!

2. Make a plan to vote! There are two ways to return your ballot.

Mail: Mailed ballots must be postmarked by Election Day, November 8, 2022. No postage required!

If you lose your ballot or have other questions, visit:

October 21 Start of 18-day voting period (through Election Day). Ballots are mailed out and Accessible Voting Units (AVUs) are available at voting centers.

October 31 Online and mail registrations must be received 8 days before Election Day. Register to vote in person during business hours and any time before 8:00 p.m. on Election Day.

November 8 Deadline for Washington State voter registration or updates (in person only).

November 8 General Election – Deposit your ballot in an official drop box by 8 p.m. on Election Day.

Certain politicians exploit racist rhetoric to divide and distract, while they rig government and the economy for themselves and their big money donors. They get richer, we get poorer—and the power of government is turned against communities of color.

But we can fight back and win! Together, we are rejecting messages of racism, fear, and division from the reactionary rich to join together with people from all walks of life, so we can ensure all our communities get good housing and better schools, not more barbwire — and more jobs, not more jails!

We invite you take specific actions like pledging to vote with a racial justice lens this fall and in the future and to connect with all of the partner organizations. 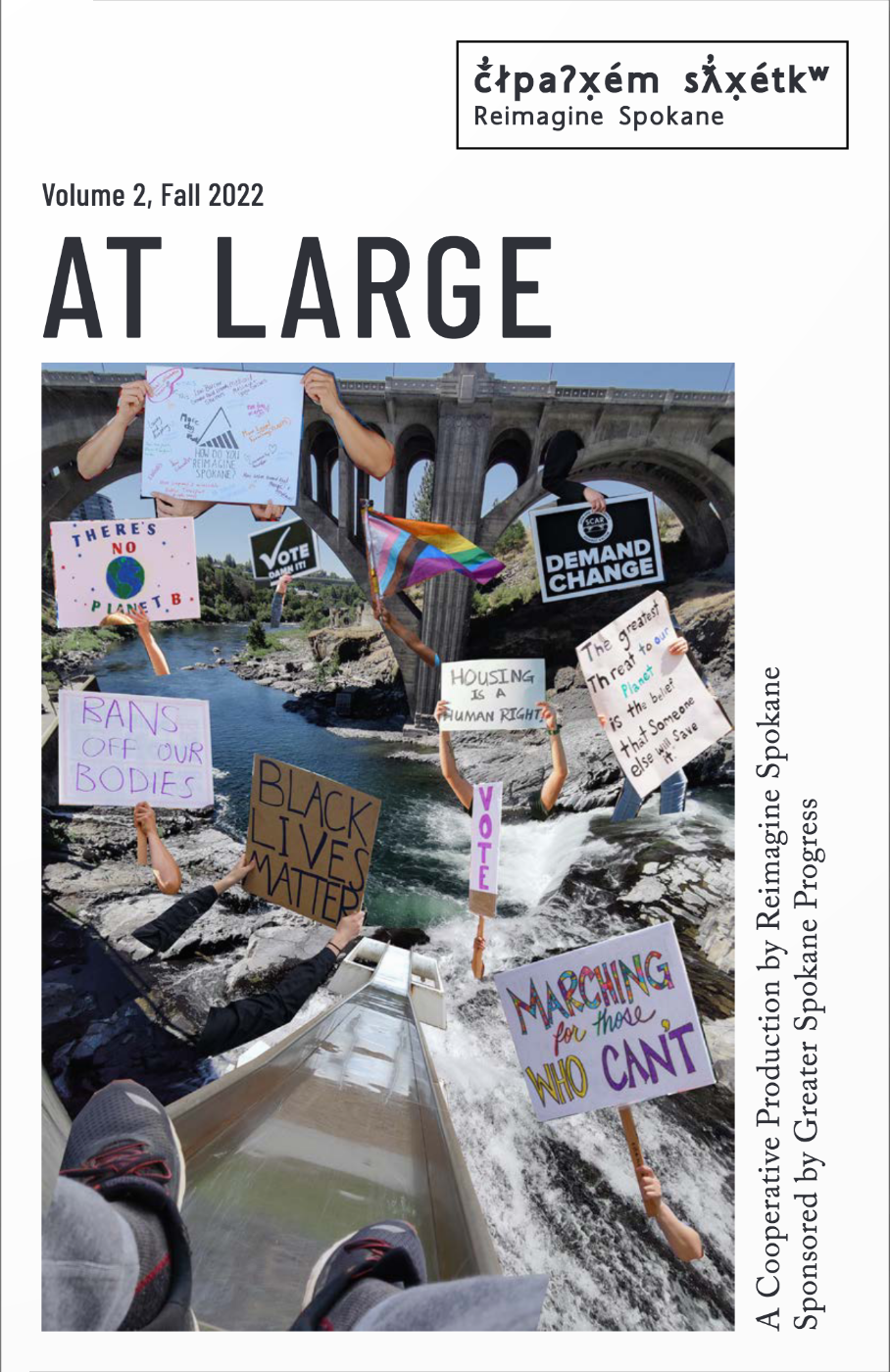 This fall the second volume of At Large, a Cooperative Production by Reimagine Spokane is doubling as the cornerstone to a larger Get Out the Vote effort by the same organization.

Featuring the contributions of 14 community organizations, poetry, and art, the zine’s release will anchor a Get Out the Vote Party happening November 6. The Center of the zine features critical information for voters in Spokane, including election dates, notes on voter eligibility, maps of districts, descriptions of offices being elected, and a scannable code to the Spokane County elections office.

Copies of the GOTV edition of At Large are available from all the featured community organizations, and may be found in English, Spanish, and Vietnamese.

Bring your ballot and join Reimagine Spokane, PJALS, and so many partners for Voting for Survival

We will have live music, Ballot Bingo, food, photo booth, kids activities, and voter education in addition to nonprofit resources.

Spokane Community Against Racism (SCAR) Platform for Change is a coalition advancing a vision of systemic change for the Spokane community that embraces a holistic vision of public safety. This vision reexamines what is considered crime, accounts for its root causes, and recognizes that shared prosperity and community care are at the heart of a healthy society.

The City Council has placed on the ballot a proposition which would establish an independent City Attorney for the City of Spokane. If this proposition passes, this City Attorney will represent the City exclusively (while the City Council and Mayor secure their own, separate legal representation) and will serve a seven-year term. They will no longer serve at the pleasure of the mayor and cannot be fired unless the mayor and five City Council members agree to replace them. This independence could have far-reaching effects on negotiations between the city and the police guild, transparency, litigation with the city, and more.