7 ways you can demand justice for George Floyd

George Floyd was a Black man who was murdered in front of a crowd in broad daylight in Minneapolis on Monday. As you may already know, the four officers, including Derek Chauvin, who executed the killing, and Tou Thao, were fired from the force on Tuesday. As Color of Change puts it:

This is a major victory because it rarely happens but this is only step one. Local officials must do more to hold the officers accountable for murdering George.

Almost half of the fired police officers in Minneapolis appeal their cases, get reinstated, and receive back pay under a process called “independent arbitration.” Officers should never be able to return to the force after having murdered someone.

That’s why Mayor Jacob Frey must 1) block their pensions and 2) ban them from ever getting reinstated. And County Attorney Michael Freeman must immediately charge the officers with murder.

Mayor Frey and Attorney Freeman must not sit idle as killer cops walk free. We must keep the pressure up and not back down from this important fight. #JusticeforFloyd

1. Sign this petition to Mayor Frey and County Attorney Freeman

2. Black Visions, based in Minneapolis, is calling for phone calls to pressure Mayor Frey to defund the police: 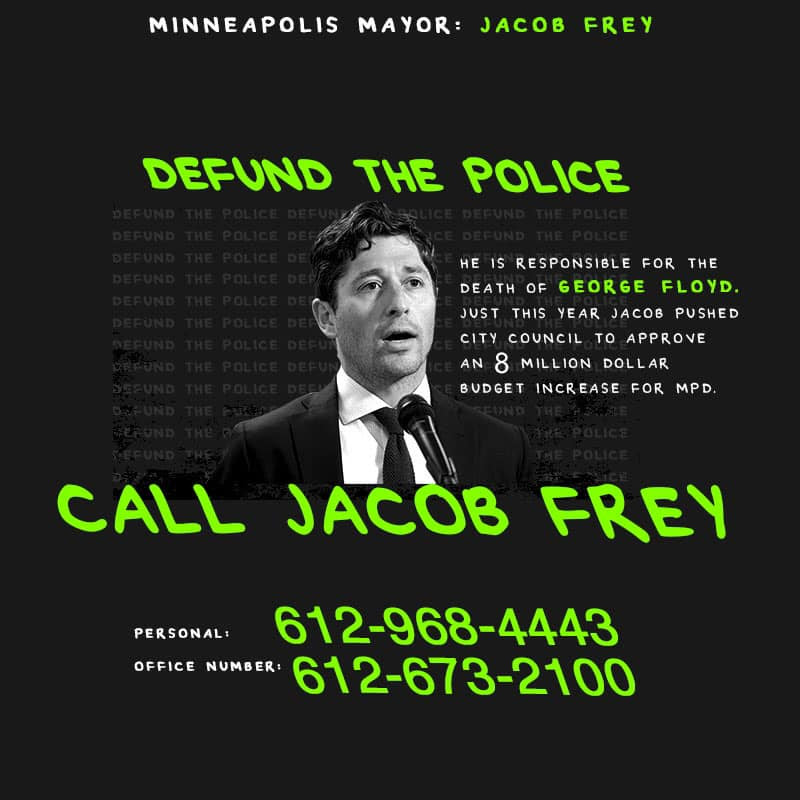 Hello, my name is [insert name]. I am calling to demand a swift and independent prosecution of the police who killed George Floyd. As we seek justice for George Floyd, I ask that your office immediately charge the officers with murder, or else turn over the prosecution of these officers to Attorney General Ellison’s office. This gesture will send a clear message to the community that the Hennepin County Attorney supports an independent and fair prosecution. When the police kill a person, the same prosecutors that work day-in-and-day-out with those police are not the same ones who should be prosecuting them.

4. Help resource the work of Black-led groups that are fighting for police accountability and abolition.

Support a local group in our region or move your money to the front lines in Minneapolis. Make sure folks most impacted have the resources to stay in the streets and dream up the most powerful, transformative pathways forward. Make a donation today to Reclaim the Block and Black Visions who are on the frontlines in response to the murder of George Floyd. Locally, you can donate to the NAACP, the Black Lens newspaper, or another Black-led group fighting for police accountabiilty that inspires you.

Editing to add: Minnesota Freedom Fund is a community based nonprofit raising bail funds for protesters on the ground. 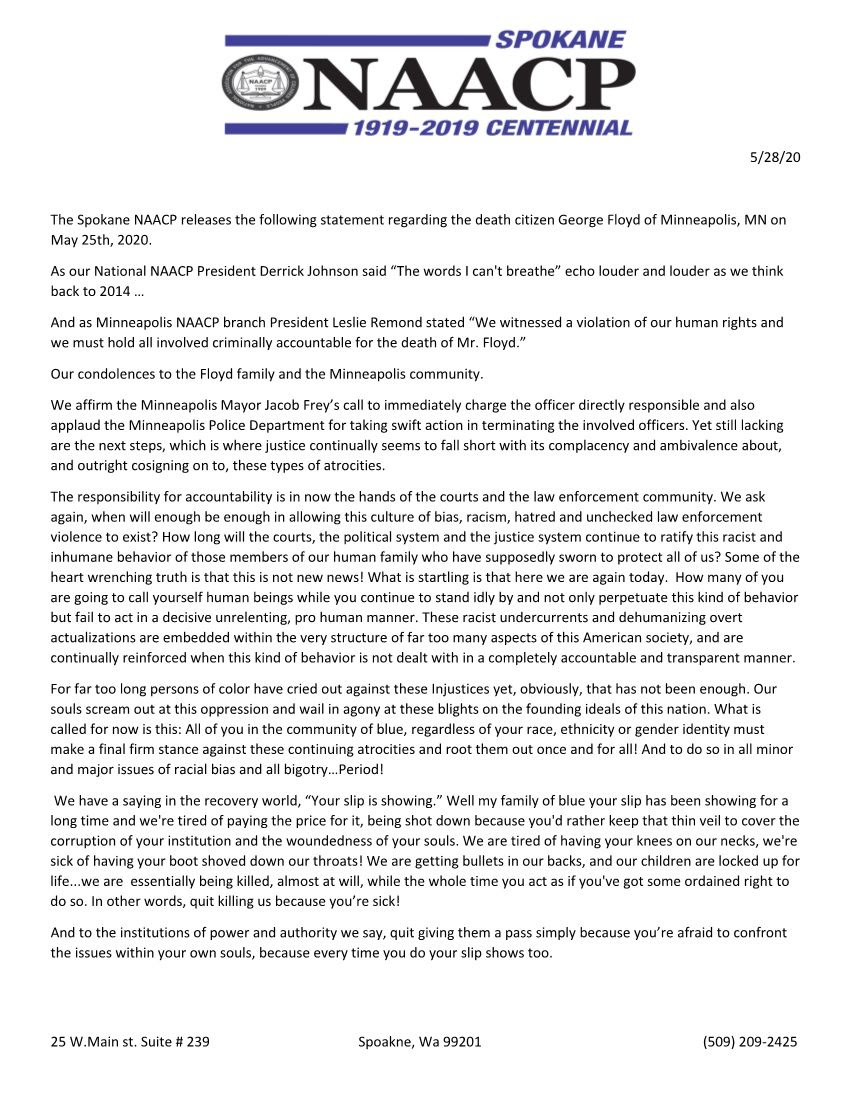 Particularly if you’re white and you want to get active:

7. Read and share 5 Ways White People Can Take Action in Response to White and State Sanctioned Violence. Share it and encourage a friend, family member or organization to take action with you.

In addition, all are welcome to join our Showing Up for Racial Justice committee of the Peace and Justice Action League of Spokane – click here to learn more and get connected!